Exploring Our Living Streams Workshop to be held at Camp McDowell 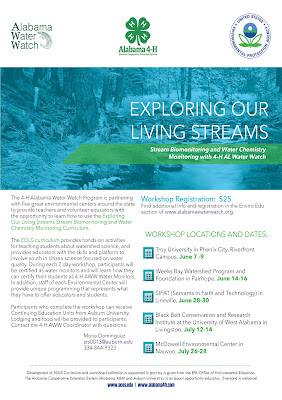 Water Testing Workshops to Be Held in January near Curry

Water testing workshops will be offered on January 15-16, 2016, near Curry, at the Smith Lake Civic Association Building.  The Friday, January 15, training will be for Water Chemistry Training, and the Saturday, January 16, training will focus on Bacteriological Water Testing.  You can register online by clicking on the link below.

These training classes will be taught by Alabama Water Watch.
Posted by Mike at 2:08 PM No comments:

The meeting was called to order by Judy Lambert.  Jim Eason led the Pledge of Allegiance and Judy Lambert gave the Invocation.  Those in attendance are listed following these minutes.

Ray Durham began the election of officers by introducing each candidate and asked for nominations from the floor. With no nominations from the floor, he asked for a hand vote for each candidate.  The following officers and directors were elected unanimously:
Jim Eason, President
Kenny Kilpatrick, Vice President
Lu Cruce, Secretary
Judy Lambert, Treasurer
Directors:  LaVerne Matheson, David Brown, Sammy Boggan, Paul Gillette, Dex Young, Ray Durham, and Lee McKibben.

Jim Eason took the floor and announced that LaVerne Matheson and David Brown were both absent due to health issues.  He asked that we pray for LaVerne to respond to his treatment and David to recover from surgery.  He then introduced Allison Cochran of the  Bankhead National Forest who did an overview of the Forest Recreational Activities opportunities.  After a very informative presentation Allison took questions from the floor.

Ray Durham reviewed the 2014 clean-ups and spoke of the need for more help for our June 17thand 18th [cleanups] with the Forestry Service.  Ray also spoke of the Water Watch program and asked for volunteers to see him at the end of the meeting to sign up for training.

Jim explained and help up the [anti-litter] signs that will be put up in many areas and on bridges this summer.  He explained how important it is to have a garbage can or bag aboard your vessel or be fined for not having it.

He told the people to get their neighbors involved and showed them our Membership Application and the information about our group.  Door prizes were drawn and refreshments followed.  With the Board meeting for May to be determined on the availability of the room, the meeting was adjourned.

Posted by WinCoAdvo at 7:54 PM No comments:

A special thanks to all of the VOLUNTEERS who came out today and helped keep our beautiful lake clean!  Special thanks to our sponsors including Hyche, LLC for providing the dumpster, Dan Hogan and Free State Boat Docks for unloading the trash and providing a site, Lake Shore Inn and Marina for providing a launch site and Tom Snoddy, Assign-A-Highway and Winston County Commission for providing extra assistance!  We appreciate all volunteers and sponsors who help make these efforts possible. 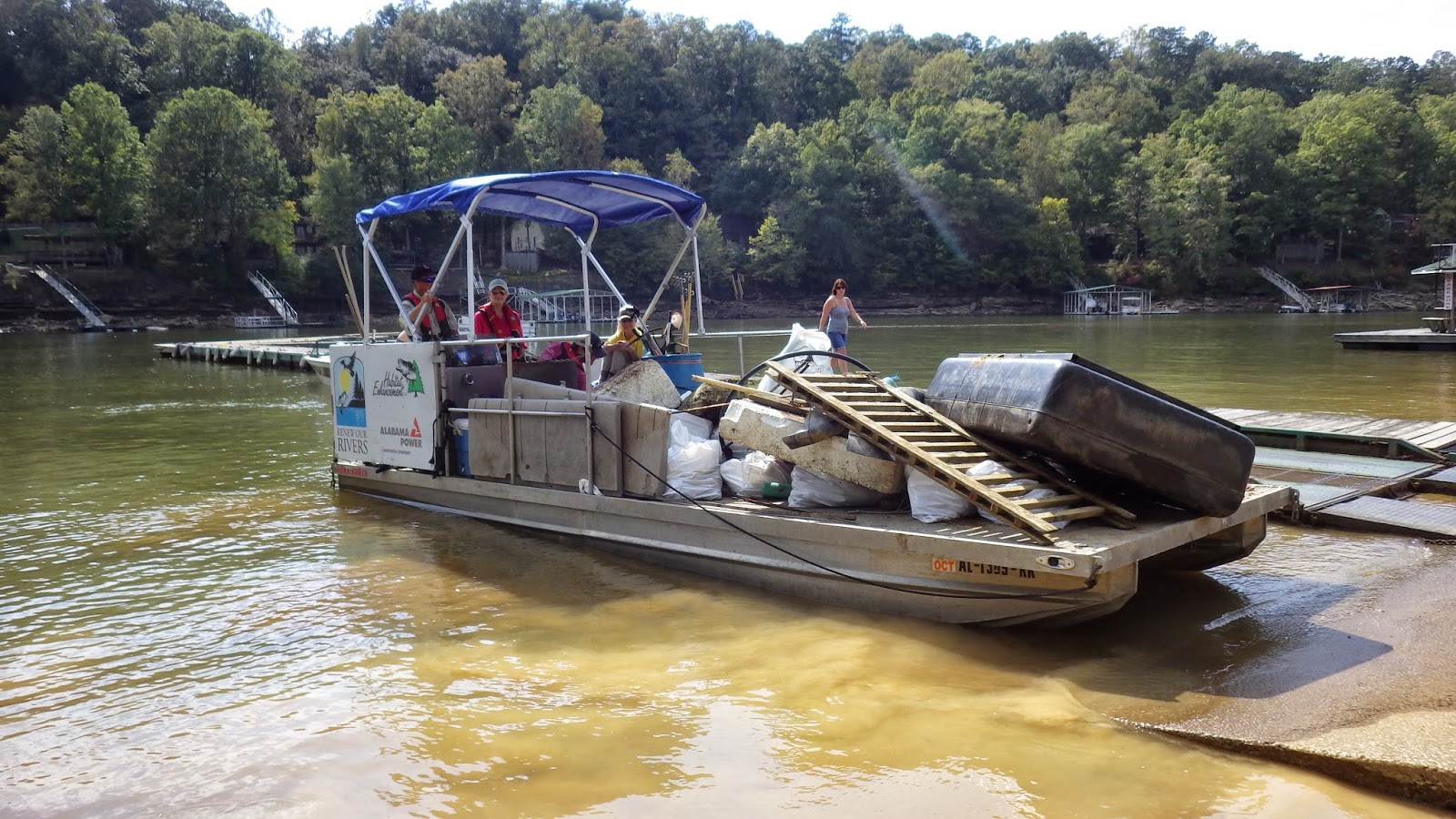 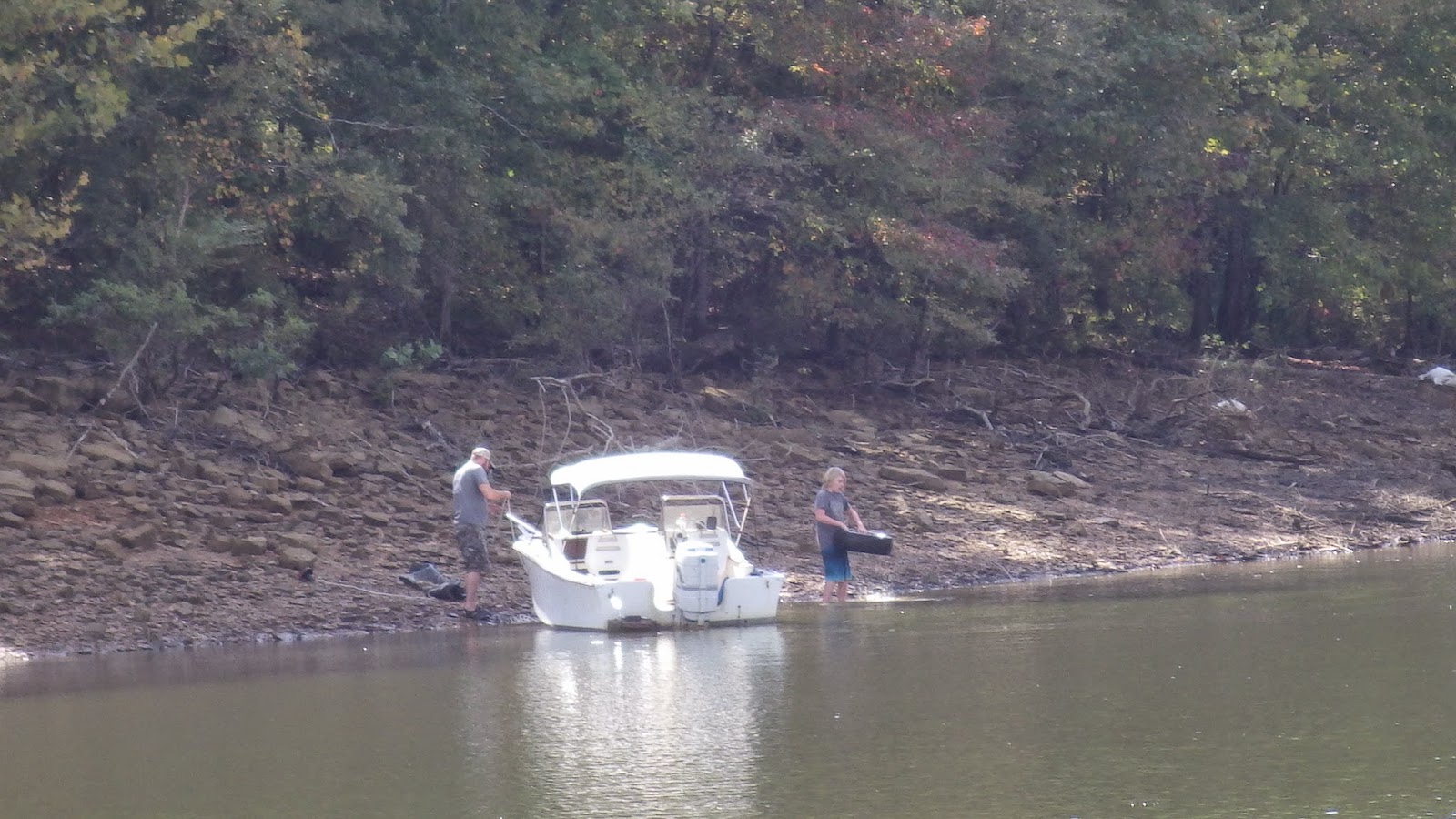 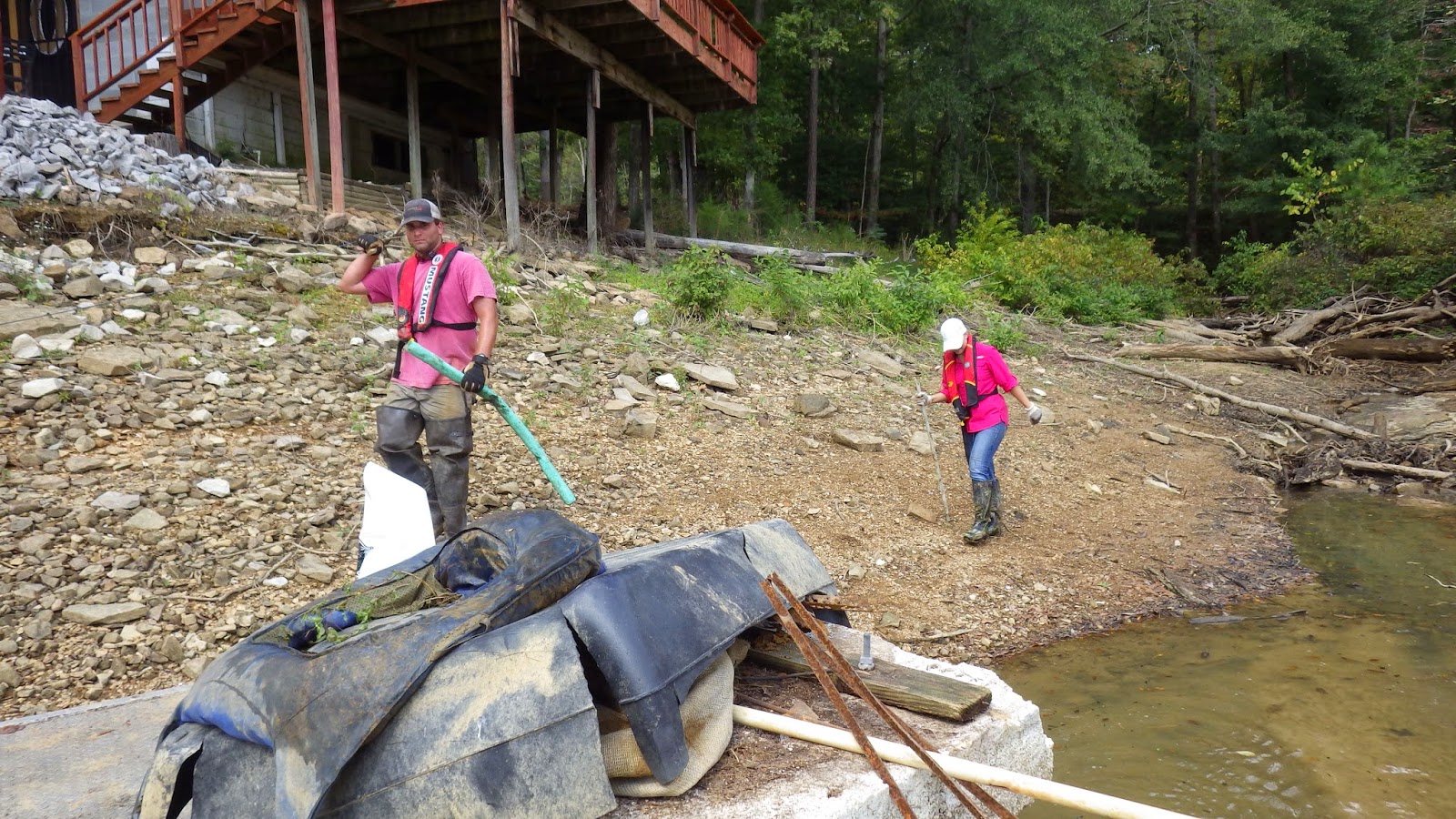 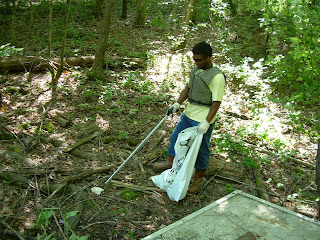 Just a reminder of our Fall Clean-up Friday Oct.11 and Sat Oct. 12th.We are meeting at Jim Kings Boat House Manufacturing facility on Rock Creek, about one mile north of Rock Creek Marina. at 8:00am . Also Mary Ann Crunk will be giving out Alabama Renew Our Rivers waste bags at the Arley Library between 8:00 and 9:00am on Friday the 11th. for those who would like to clean up their own water front/lake neighborhood. Bring your own lunch and wear proper foot wear and join us on the Lake.  If you have any questions call me, David Brown at 256-747-2109.  See You There
Posted by Mike at 9:47 AM No comments:

Please join us for a Renew Our Rivers Clean-up on Smith Lake on June 19 & 20.  The Winston County Smith Lake Advocacy, Alabama Power Company and Bankhead National Forest are sponsoring a clean-up around the Yellow Creek Area (Yellow Creek, Sipsey and Brushy) to target trash created and deposited in the lake from this year's wind storms.  We will meet at 9 AM at the Old Yellow Creek Marina at the END of County Road 61 in Houston.  Bring lunch, water and sunscreen.  Special thanks to Carl Godsey for hosting the clean-up and Hyche LLC for providing the dumpster. 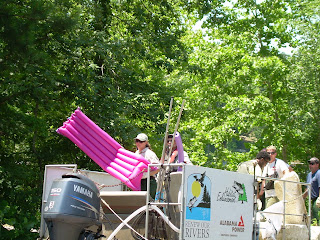 4 attachments — Download all attachments View all images IMG_0710.JPG 1482K View Download DSCN0452.JPG 3064K View Download DSCN0442.JPG 3519K View Download DSCN0446.JPG 3513K View Download LaVerne Matheson lmatheson2867@gmail.com Lake Clean Up Inbox x David Brown wcslainc@gmail.com 9:48 AM (23 hours ago) to Aaron, Adam, Pat, Maike, Allan, Allison, Ann, Ann, George, Arley, Linda, Austin, Barbara, Larry, James, Mickey, Barry, Bart, Joe, Terry, Vesta, Beth, Beth, Bill, Bill Dear: WCSLAINC Members, Stakeholders and Sponsors Just a quick note on our lake cleanup held October 5th and 6th. The cleanup was, in my opinion a great success. We had 33 volunteers participate and were able to cover Rock Creek from Sway Back Bridge south all the way to Rock Creek Marina. Additionally White Oak, Little Crooked and most of Crooked Creek was cleaned. We removed some beaded styrofoam and several hundred bags of debris such as glass and plastic bottles, tires, deflated towables, etc. We would like to thank the following people, company's and groups for assisting us in this endeavor; Tarrie and Jeff Hyche owners of Hyche LLC for providing two large dumpsters, The Winston County Sheriff Department and Sheriff Rick Harris for providing six work release inmates on Sat. Oct. 6th. Jim King of King Boat Docks for providing his property for a dumpster location and central meeting place. Alabama Power for providing bags, grabbers and especially Donnie Cagle for coordinating with Winston County Sheriffs Department. Jim Eason for providing a large trailer used on Crooked Creek. Also thank you to Cullman Electric Co-op, Werners Trading Company, Vann's Sporting Goods and Rock Creek Marina for cash and gift cards. Thanks also to the Northwest Alabamian Newspaper for sending a reporter and writing a great feature on us. When you are on Smith Lake and marvel at its beauty and pristine quality be aware that it does not self cleanse, every plastic bottle, styrofoam cooler, glass bottle etc. that makes it way into the lake will be there for decades to come if not for the selfless volunteers that take time out from their busy lives to help. To all the volunteers -- Once Again Thank You. David Brown President WCSLAINC LaVerne LaVerne Matheson lmatheson2867@gmail.com
Posted by laverne at 8:59 AM No comments:

Older Posts Home
Subscribe to: Posts (Atom)
WCSLAI is a 501(c)(3) non-profit corporation, founded in 2006 by LaVerne Matheson (1928-2015). We are the group that organizes the annual lake cleanups in Winston County. Via public meetings and school initiatives, we strive to promote greater understanding of the lake and, in particular, the human impact.
We also coordinate water testing in conjunction with Alabama Water Watch.
Anyone is welcome to become a member. Annual dues are $10 per household. Lifetime membership is available at $100. All contributions are completely tax-deductible.
For more information, contact our president Jim Eason at (256) 590-2388 or send an email to wcslainc@gmail.com.